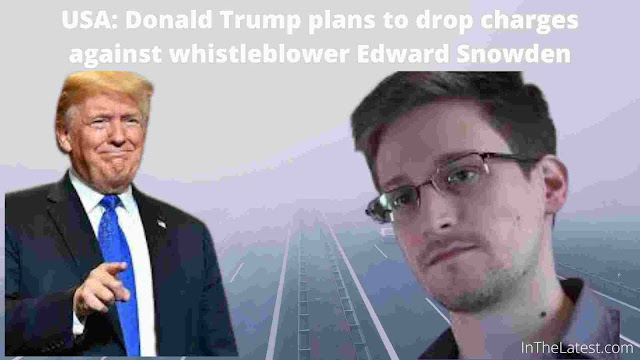 Soon to be the end of seven years on the run? Donald Trump said on Saturday 15 August that he was considering dropping the charges against Edward Snowden, a former computer scientist for the National Security Agency (NSA) whose spectacular leaks shook the intelligence community in 2013. The comments by the American president followed an interview he gave to the New York Post: “Many people think he has not been treated fairly,” the head of state said.

Edward Snowden fled the United States and was granted asylum in Russia after disclosing secret files to the media in 2013. The leaks revealed extensive national and international surveillance operations carried out by the NSA without any democratic control.

For years, the US authorities have wanted Edward Snowden to return to the United States to stand trial for “espionage”. “I think this is not about a pardon, but about dropping all possible charges against Edward Snowden,” the US president said.
A clear change of position

Edward Snowden’s Russian lawyer, Anatoly Kucherena, told the RIA news agency that the United States should drop all charges against the former agent because he committed no crime. “He was acting not only in the interests of US citizens but in the interests of all humanity,” he said.

Donald Trump’s new position represents a clear turnaround. Shortly after the leaks, he had expressed hostility towards Edward Snowden, calling him a “spy who should be executed”.