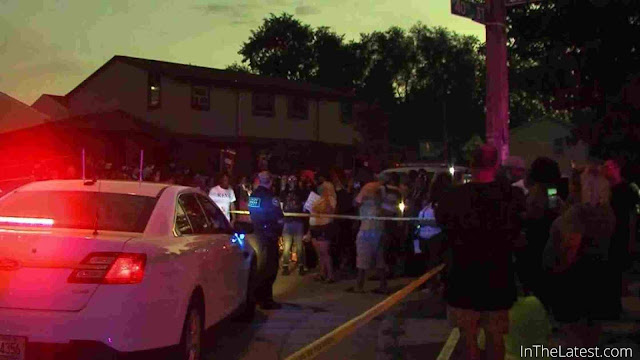 Police violence in the United States: an unprecedented boycott movement in the world of sports

The American basketball world reacted strongly Wednesday to police shootings of a black family man in Wisconsin. The Milwaukee Bucks decided to boycott their game against Orlando scheduled for the same night, leading to the cancellation of other NBA, baseball and tennis games.

A protest against racial injustice as strong as ever in American professional sports. The Milwaukee Bucks boycotted their game against Orlando on Wednesday, August 26, in reaction to police shooting at Jacob Blake. The Milwaukee Bucks forced the NBA to postpone two other games, Houston-Oklahoma City and Los Angeles Lakers-Portland, as the players of these teams also opted for a boycott. Baseball teams, soccer teams and even tennis player Naomi Osaka immediately followed suit.

The Brewers – like the Bucks in Milwaukee, about 30 miles from Kenosha where Sunday’s drama took place – followed suit by refusing to play against Cincinnati. Two more baseball games (MLB) were postponed. The same happened in MLS, the North American Football League, where five of the six games on the program were boycotted by the players.

Finally, it is the Japanese Naomi Osaka who decided not to play her tennis semi-final on Thursday in New York, where the Cincinnati tournament is relocated. “As a black woman, I feel that there are much more important issues that need immediate attention, rather than watching me play tennis,” said the 22-year-old, born to a Japanese mother and a Haitian father, who has often spoken out in recent months to denounce racial injustice.

A few hours later, the Cincinnati tennis tournament announced that it was rescheduling matches from Thursday to Friday. “As a sport, tennis is collectively taking a stand against racial inequality and social injustice that has once again come to the forefront in the United States. The USTA Tennis Federation, the ATP and WTA Tours have decided to recognize this moment by suspending play on Thursday, August 27. It will resume on Friday, August 28,” the statement said.