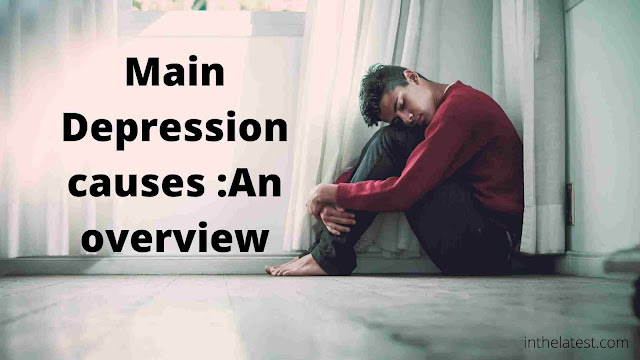 Chemical imbalances in the brain, circumstances and even your genes are responsible for your depression.

Depression, a growing scourge globally is caused by a number of reasons and this condition is known to affect all age groups now. It is a general feeling of sadness that leaves you with very low spirits and exhausted most of the time. Studies have shown that the three main causes of depression are low serotonin production levels in the body, unfortunate circumstances and even genetic reasons.

Serotonin is an important neurotransmitter and the lack of it tends to make a person’s moods swing from time to time. However, the question that remains largely unanswered is : Why is it that some people don’t react to their unfortunate circumstances and fall prey to depression whereas clinical depressives tend to hit their lowest at the slightest provocation?

A major cause for depression in certain individuals is a feeling of guilt for something that he/she is not directly responsible for. An accident may have happened on its own leading to the loss of a dear one and the depressive starts thinking that he is directly responsible or could have prevented it. The puzzling thing is that people often fall prey to depression for no apparent reason, despite having good jobs, stable families and financial security.

Personal trauma is often considered to be a principal cause for depression. This, however, may be temporary and the person may overcome it by his strength of mind or through plain counseling also. It is also often seen that a particular family has a depressive streak in it and most members are known to have fallen prey to it at some point of time in their lives or another.

The cause for this is generally considered genetic and the person is said to be born with a ‘depressive gene.’ It’s only certain circumstances that trigger the depressive condition that may turn manic later on. Loneliness brought about by age or prolonged disease are also known causes of depression, specially among the old or elderly.

A feeling of isolation, which is common among old people, usually leads to a condition where there is a self-withdrawal from society at large. People living in old age homes are more likely to have this and supportive group therapy here, helps substantially. Physical ailments or terminal illnesses are also major causes of depression and the person gives up all hope of living and sinks further into the blues with each passing day.