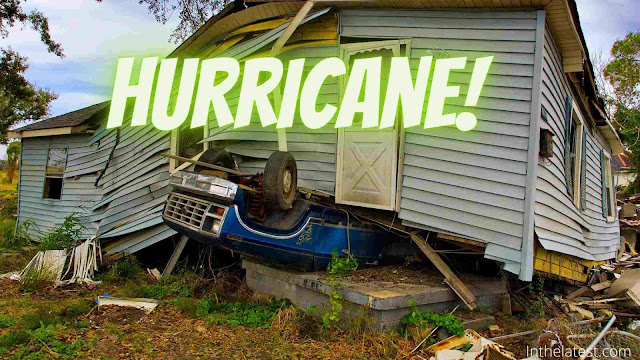 Laura, a Category 4 hurricane expected to hit the United States during the night of Wednesday to Thursday, could cause a “deadly” and potentially “catastrophic” surge. Residents of southern Texas and Louisiana are preparing for the worst.

Residents of Louisiana and southern Texas feared Wednesday, August 26 the arrival of Hurricane Laura, strengthened in category 4 on a scale of 5, and considered by meteorologists as “extremely dangerous”.

Carrying winds of up to 230 km/h, it could cause a “deadly” and potentially “catastrophic” rise in water levels, extreme winds, as well as “flash floods”, warned the National Hurricane Center (NHC).

“Hurricane Laura is very dangerous and is intensifying rapidly. Listen to local officials. We are with you,” President Donald Trump tweeted. 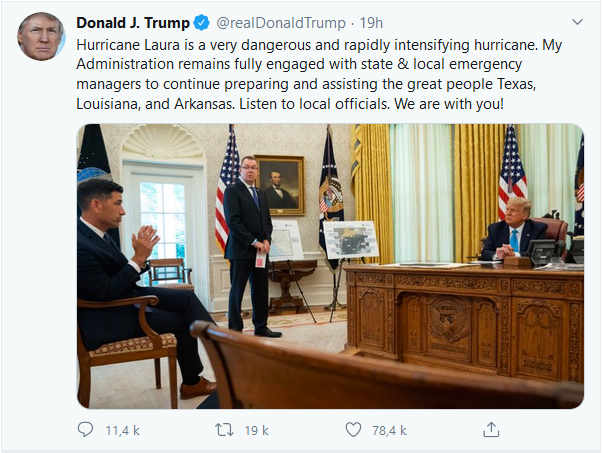 Laura could make landfall Wednesday night or early Thursday morning. The eye of the hurricane was located at 9 p.m. GMT 250 km south of the coastal town of Lake Charles, Louisiana, known for its major oil refining centers. Residents boarded buses after receiving a mandatory evacuation order due to the risk of flooding. New evacuation protocols had to be put in place because of the Covid-19 pandemic.

“You only have a few hours to prepare and evacuate,” Louisiana Governor John Bel Edwards warned Wednesday on Twitter. His state remains traumatized by Katrina, a Category 5 hurricane, the highest category, which flooded 80 percent of the city of New Orleans and killed a thousand people almost 15 years ago to the day.

In the Old French Square, the historic center of New Orleans emptied of its tourists, sandbags were piled up in front of the doorsteps, and the windows of colonial buildings were protected by plywood panels.

In the neighboring state of Texas, already struggling with the Covid-19 pandemic, the governor urged residents to take shelter. “Your belongings can be replaced, not your life,” he warned on the Weather Channel.

In Galveston, the site of a historic hurricane in 1900 that killed 8,000 to 12,000 people, evacuation operations for residents were intensifying and the school district cancelled classes until Friday.

The nearby town of Crystal Beach appeared deserted, with few cars on the roads, and the few remaining residents rushing outside to refuel or board up their windows.

The Atlantic hurricane season, which officially lasts from June 1 to November 30, promises to be particularly intense this year. The National Hurricane Centre is expecting 25 depressions. Laura is already the twelfth.