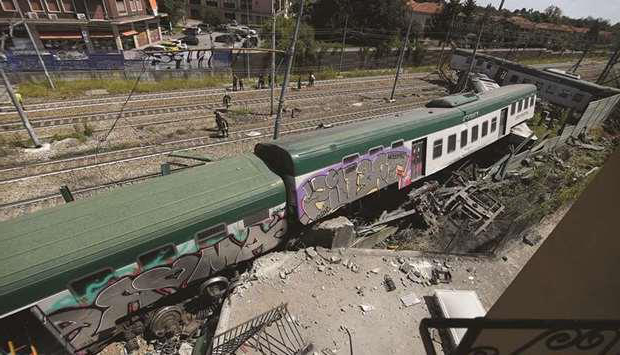 The driver had gone down to the station to take a break with the controller.

A train travelled 7 km without its driver this Wednesday in northern Italy. It finally derailed, injuring three people, including the train’s sole passenger, according to Italian media.

The accident occurred shortly before noon at the Carnate Usmate station, north-east of Milan. The driver had gone down to take a break with the ticket inspector and the train left without him.
An open investigation

The Trenord Regional Railway acknowledged that, for “reasons as yet unclear”, the train had left the station “with no personnel on board”. The safety system then directed the train to a section of track not in use.

The train eventually derailed, injuring a total of three people. Television footage shows one car leaning to the side and another at a 45-degree angle to the track. The public prosecutor’s office has opened an investigation.