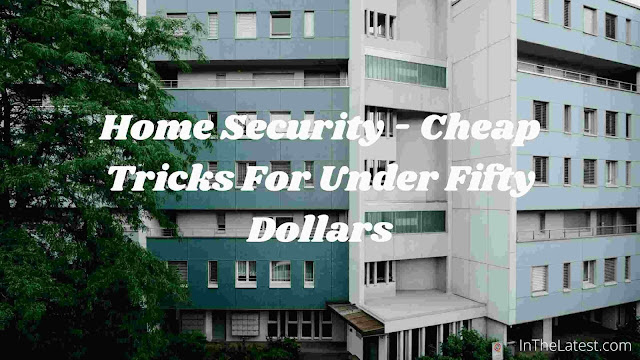 It doesn’t take much-paying attention to notice that home security is a big business. You see ads for security companies and a variety of home security products in newspapers and magazines all the time. The fact of the matter is home security is rapidly approaching a $60 billion a year industry.

The reason it is such a huge business is twofold. Homeowners have a huge investment in their home, and even though homes have dropped in value close to 30 to 35% in recent years the average value of a new home is still close to $200,000. For just about anybody that is the single biggest investment they have. It just makes sense to protect it, doesn’t it? A second reason that it is such a big business is because home burglary and home invasion are two areas of crime that are on the increase when most others are not.

The reason that home burglary is such a popular crime, quite frankly, is because it is a high reward and low-risk enterprise. Actually when you think about it I’m surprised more people don’t do it with the economy the way it is. Most homeowners don’t even lock their doors and windows all the time. That is how close to 40% of all burglaries happen through unsecured doors and windows. Homeowners actually make it pretty easy for the bad guys to commit crimes.
We’re talking about averages here:

An efficient burglar, one who has done his homework and plans out his day, can hit five or six homes in a morning. Starting to get the idea?
Here are some ways you can greatly improve your home security for less than $50.

1. First, if you haven’t already, start or join a Neighborhood Watch program. They are free and they are one of the best ways that you and your neighbors can improve your home security.

4. Fourth get some realistic looking security cameras-not the real thing unless you want to spend some money. Get a  Dummy Security Camera that is just as realistic as the real thing at a fraction of the cost.

5. Many people don’t know this but your local sheriff’s department will do a free home security analysis for your house-time permitting. So get on their calendar and receive a professional opinion about your security.
Even if you get two dummy security cameras and all the other items mentioned you won’t spend $50. Those are five great cheap tricks to improve your security.