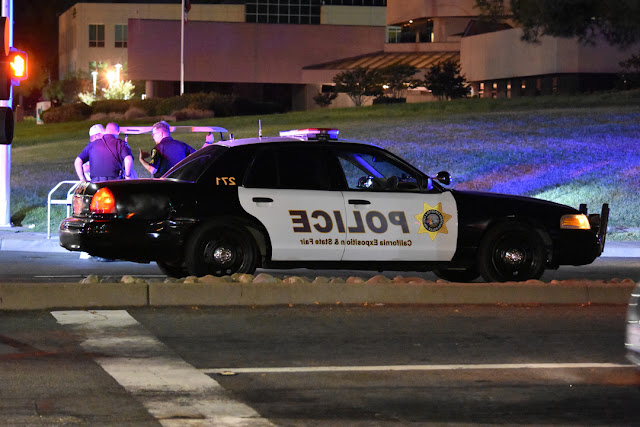 The policewoman had only fifteen seconds to get out of her car and extricate the man from the railroad tracks.

Erika Urrea, a policewoman on patrol in Lodi, California, on Wednesday saved a disabled man from death when his wheelchair got stuck on the tracks of a railroad, the Huffingtonpost reports. Witnessing the gruesome scene, the law enforcement representative got out of her car and ran over the 66-year-old man. She was then able to pull him towards her, a fraction of a second before a freight train arrived.
The whole of this eventful sequence was recorded by his mobile camera and broadcasted on the Facebook account of the city police station. Erika Urrea’s gesture was decisive: it took fifteen seconds for her to get out of her car and put the man out of danger.

Her courage was praised 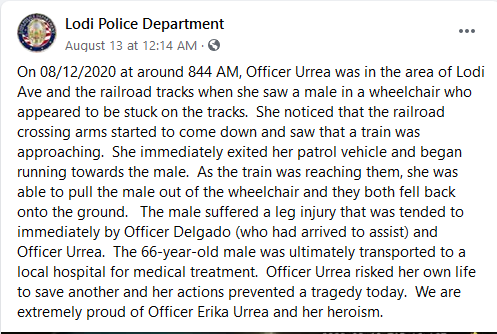 “Officer Urrea risked his own life to save another and his actions prevented a tragedy today. We are extremely proud…of her heroism,” said the officer’s commanding officer. The Lodi Police Facebook post about this incredible story has been shared more than a thousand times on social networks.

The victim was taken to the hospital. She suffered serious leg injuries, but her condition is stable, the Huffingtonpost reports.